Birth of the Super Carb?

Birth of the Super Carb? 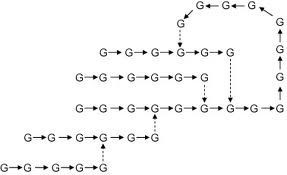 seems to be an evolution underway when it comes to carbohydrate drinks with the introduction of Highly Branched Cyclic Dextrin (HBCD).  HBCD’s are a new type of glucose polymer that is produced by a reaction between waxy maize starch and a special branching enzyme, forming a cyclical structure.

As we all know, during exercise we burn the energy provided by carbohydrates which are stored as glycogen in the muscles and liver, and this depletion of carbohydrates can lead to fatigue and can essentially diminished performance. To combat this, it was also claimed that HBCD can increase an athlete’s endurance as the highly branched/cyclical structure of HBCDs provides a rapid, but very sustained release of glucose into the bloodstream and also increase gastric emptying time which allows for quicker nutrient absorption and recovery.

Researchers measured the swimming endurance of mice, they found that mice supplemented with HBCD 10min after starting swimming swam significantly longer in comparison to those who were supplemented with a water or a glucose solution, and HBCD also showed to have a faster rate of gastric emptying in comparison to glucose. (This is the process by which food leaves the stomach and enters the small intestine) HBCD was also later tested on human subjects by the same Japanese research team who conducted the experiment with the mice, and the results were equally positive.

The evidence seems to point toward these new products being beneficial
when it comes to improving athletic performance by providing a rapid, but very sustained release of blood glucose and gastric emptying. This is important as you don’t want to delay the absorption of your pre/ post workout nutrition.

But where does this leave products such as waxy maize and vitargo? The evolution of carbohydrates has just begun and only time will tell whether existing products evolve and find their way into more and more products or become a distant memory.