Meet the Man in The Shorts: Thomas Murphy

Meet the Man in The Shorts: Thomas Murphy 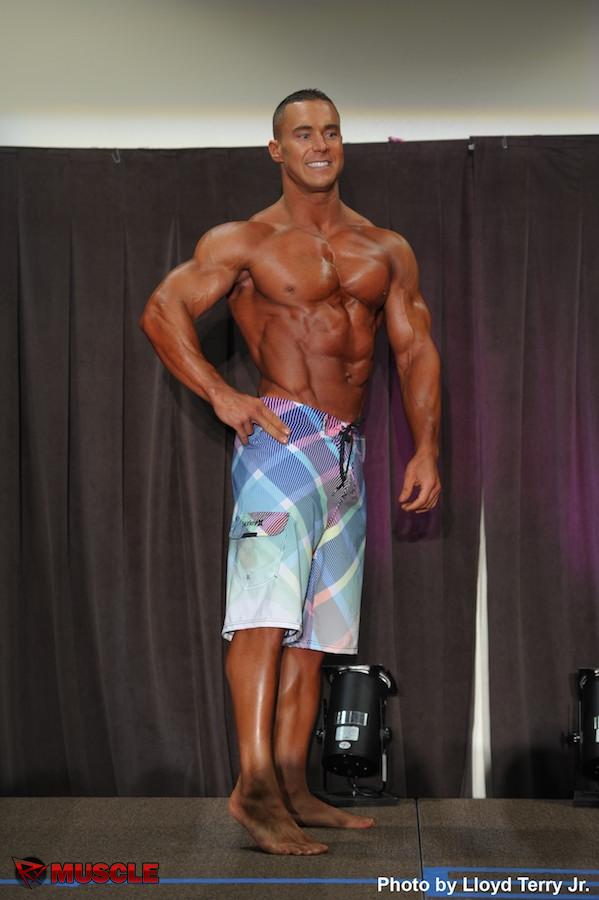 a time and  place for everything, even "Little Debbies."

I needed a sport to compete in! Living and breathing the fitness lifestyle, I’ve always kept in relatively good shape and this was a perfect outlet to showcase my hard work.

I competed in both Physique and Fitness at the Southern States show in Fort Lauderdale. It was an awesome show and well worth the drive to Florida! I had so much fun competing and met some invaluable contacts while I was down there, including the photographer Pat Lee, who I got the opportunity to shoot with after the show.

After pre-judging I felt like a huge weight had been lifted off my shoulders. It was almost unbelievable that I had finally completed what I had been training so hard for in the past couple of months. I felt like a million bucks! And also like eating some Little Debbie snack cakes! LOL

I was very happy that I was going home with a trophy and a medal for placing 5th in Fitness. Physique was a big class so I didn’t beat myself up too bad for not placing there. Overall, I felt like I had accomplished my mission!

I believe Men’s Physique is exploding and becoming very popular. I’m curious to see how the division ends up panning out since it seems some of the shows are getting too crowded. I believe that the Men’s Physique Division has already been a tremendous benefit to my career. Competing and placing in shows adds a certain amount of credibility, showing that I actually practice what I preach. Above and beyond training, I have found it to be an excellent platform to showcase the hard work I’ve been putting in for over 16 years now. 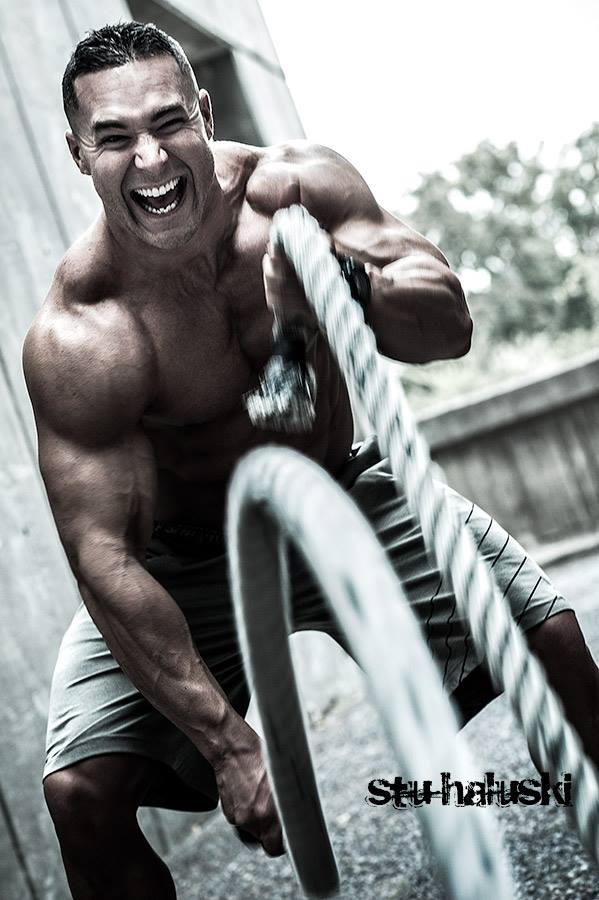 Favorite type of training: Heavy and Intense / supersets. I’m a bodybuilder at heart. I love the dungeon gyms just as well as the upscale clubs. Fasted cardio and small muscle groups in a.m., large muscle groups in afternoon.

Favorite body part to train: LEGS… just kidding! Although I do hammer legs, my favorite parts to train are chest and biceps together.

Training split: Varies widely. It’s tough to keep a set routine due to me working out with my clients that I still train. In order to prevent overtraining, I have to alter my workouts to fit their routines. In a perfect world, my competition prep would look something like:

Favorite supplement: Probably a tie between BSN Nitrix and Syntha 6

My father was a physical therapist and I’ve always been around gyms. I think it’s just in my blood.

Patrick Hagedorn, my neighbor in college at MTSU used to work out with me every day and taught me the traditional bodybuilder split as well as basic nutrition. 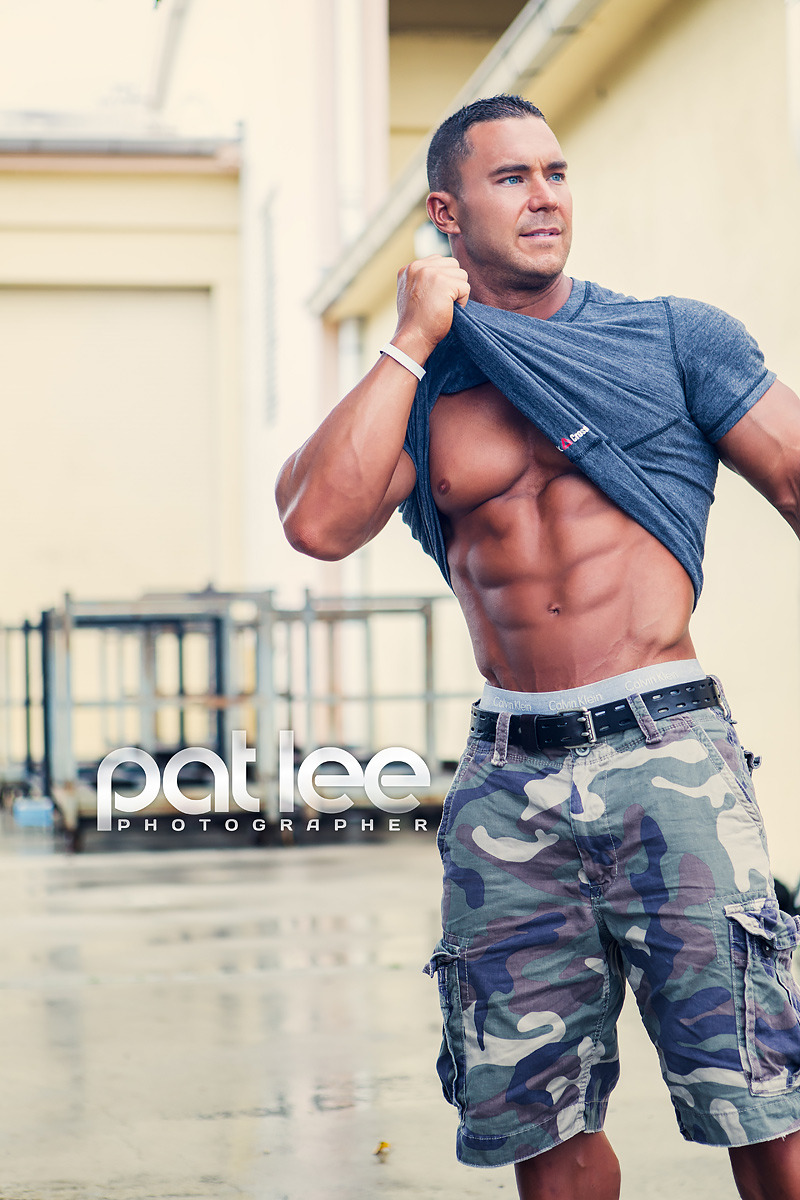 Marcel Babers convinced me to get my first personal training certification and work as a trainer.

Marwane was the first trainer I shadowed who really gave me a solid foundation as far as weight loss routines for 30-minute sessions. I had always been used to 1 hour bodybuilding workouts.

Tara and Chris Garvey convinced me to pursue fitness modeling and NPC competitions. They continue to support me in my efforts in modeling and acting.

Josh Jarmin, owner of The Bar talked me into my very first fitness competition.

Dex Martin also convinced me I had what it took to be competitive in this sport and gave me the guidance to get through my first NPC show prep, providing me with the knowledge and motivation only an experienced prep coach could give.

I’m interested in competing in Crossfit although I’m not a proponent of their workout structure. Again, this is just another sport to compete in related to working out.

Music Production… I used to run my own recording studio and one day will get another up and running. Music is what drives me and makes me feel alive! Social Media / SEO, Day Trading.

Awards and/or accomplishments: I’ve been on a billboard in downtown Atlanta. :-D Have a song I produced on the movie “ATL” with T.I.

Next planned competition: Atlantic USA, March 15th before Junior Nationals in May.

My fans reminding me that I am an inspiration to them. Seeing my past achievements also keeps me motivated to attain more.

My new, first, and only tattoo was designed to remind me of what Victory feels like.

Outside of the gym I’m all smiles and laughs and a genuinely nice guy… inside, you might think I’m ready to kill something. That’s just how serious I take my training.

I was raised with morals and really dislike some of the vanity I see in this sport by those who let it go to their head. I intend to use my successes as a platform to be a good role model.