Meet the Man in The Shorts: Dontavious Gray

Meet the Man in The Shorts: Dontavious Gray 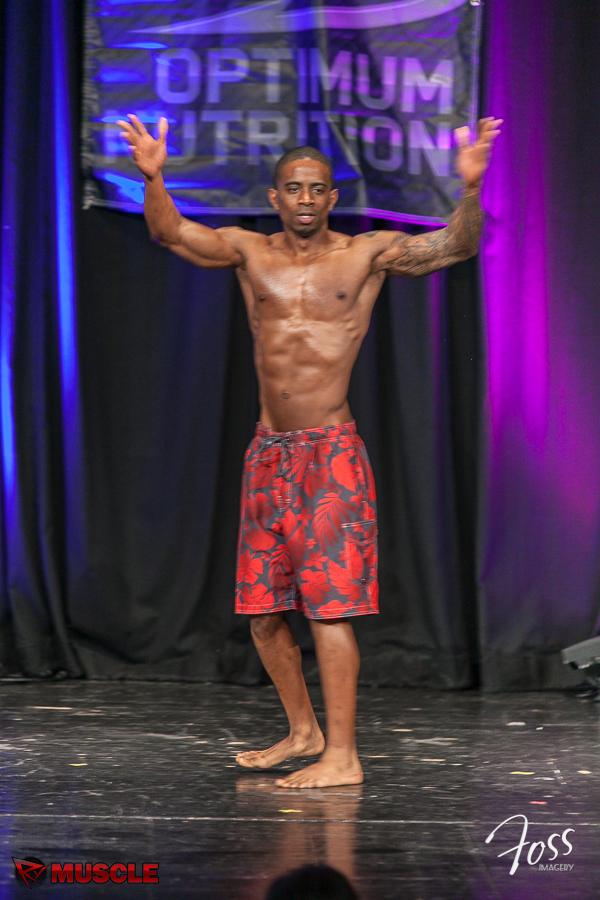 Gray’s tale of the Titan Open

After I couldn’t play sports anymore due to knee injuries, I used to want to compete in bodybuilding but I did not want that very muscular/vascular look.  When I found out about the Men’s Physique Division two years ago, I knew this was the route for me to finally get on stage and regain the competitive edge I had been looking for.

The last show I competed in was the Titan Open and it was held in Kenosha, Wisconsin.  I knew a few of the other competitors that were going to be there and the vibe we all got was that it was going to be a small show.  Turns out, the show was even bigger than the promoter expected so he added another class to the division.  All of the competitors looked great.

After pre judging I felt pretty good.  I was sure that I would at least be in the top 5 for my class.  I thought with this being my third show overall I had brought my best package to the stage yet.

After finals I was a little upset I didn’t place.  But being upset didn’t last long because I had my wife and son in the audience cheering me on.  There was no way I could walk out of the locker room with a frown and have my boy see that.  So even though I was upset, I used it as motivation in the gym to keep working hard.

What are your thoughts on the Men's Physique Division and what it may be able to do for your career?
The Men’s Physique division is definitely here to stay.  I’m sure we all witnessed that at the Olympia this year.  People that know I compete were coming up to me asking who I thought was going to win the Physique Showdown.  I think it brings in a more diverse group of people to the fitness industry who may not care for bodybuilding or find bodybuilding that appealing.

I would one day like to get into management in a gym/fitness club or possibly open my own gym.  Being able to stay in good shape, being a Physique Competitor I believe could only help me. 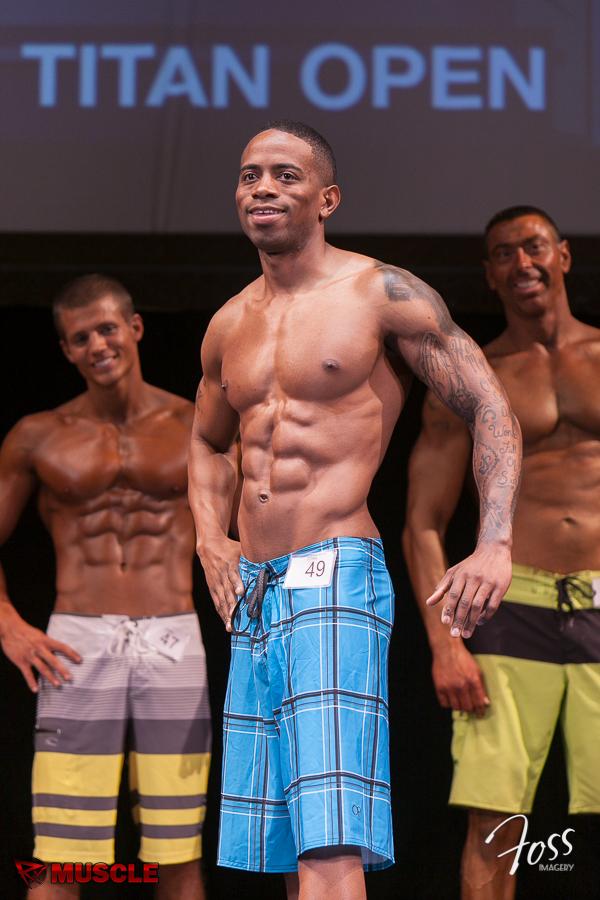 Years training: 9, but only 2 years with proper nutrition

Favorite body part to train:  Shoulders, because I feel they need the most work. 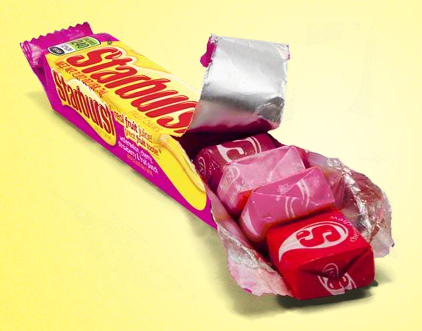 Breakfast: 1 cup of oatmeal, 1 cup of unsalted peanuts, banana. (8 egg whites at times, but I can rarely stomach eggs)

Meal 3: 8 ounces of fish or chicken, 6-8 ounces of steamed asparagus, or 3 cups of baby spinach, cup of brown rice

Protein shake before bed with half a cup of oats

Favorite supplement: NO2 Black by MRI

I started training because I started to notice in pictures how my face was getting fatter.  We have a picture at home where my face was the biggest it has ever been and my wife always reminds me of it.  It motivates me to never get like that again.  But I also have always had a passion for being in shape.  In high school when I used to play basketball, I would run to and from the gym and the other guys would think I was crazy.  But I had a passion to always want to be in shape, especially since I come from a family where diabetes is common. 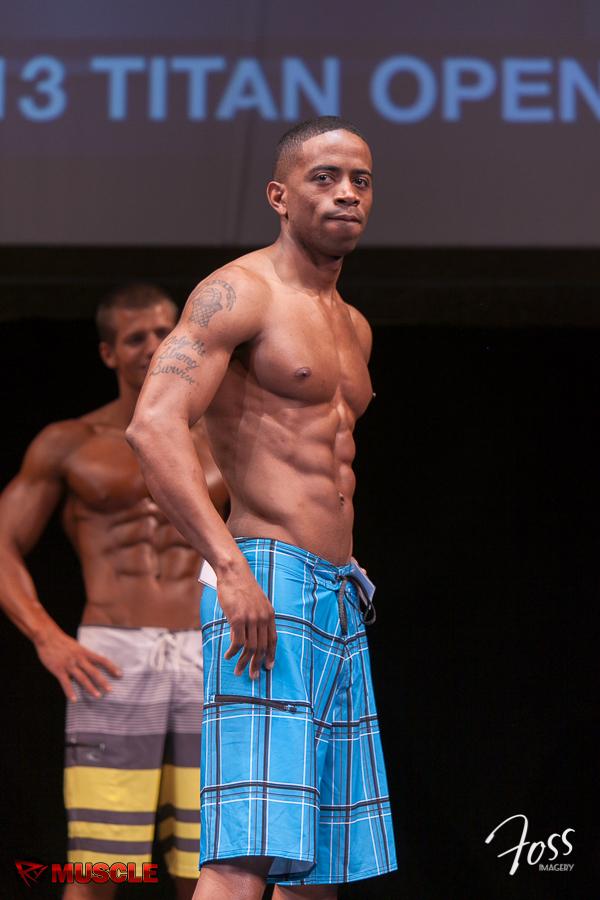 My Aunt Debbie who passed away in March 2012 was probably the most influential person in my training.  She would call me Hulk.  But other than that, fitness and training is something that I would say I got into on my own.  I have always had a picture in my head of what I want my physique to look like, and I won’t stop until I achieve that.

Sports: I used to play basketball, but after multiple surgeries because of ACL tears, I was told I could no longer play.

Awards and/or accomplishments: I have not won anything as of yet, but plan to turn that around in the near future.

The next time I plan to compete will probably be in November of 2014.  I am giving myself time to grow and put on size.  The last show I did, my weight was 152lbs and I believe my size was the determining factor I didn’t place in my two NPC shows.

I am motivated to add size and start placing at my upcoming shows.  I got a lot of positive feedback following my last show.  The consensus seemed to be that my shoulders and back needed work.  Once I get there, I will be on the right track.  And I won’t stop until I can look in the mirror and see those changes to my back and shoulders.

After every workout along with my protein shake, I have ten Starburst.