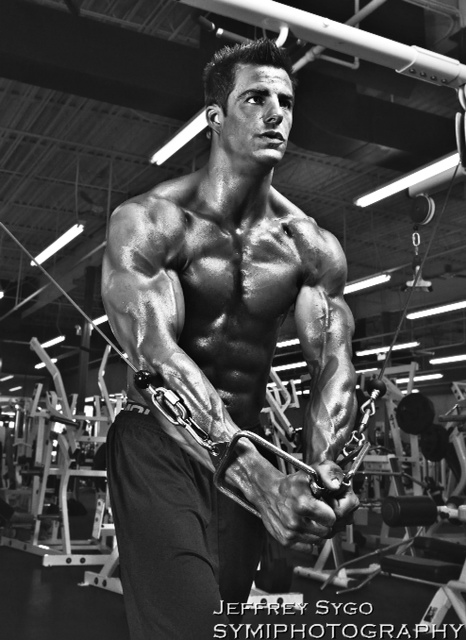 us today in MP Competitor Dustin Homan.  Congrats on a great showing!  What made you decide to compete in the Men’s Physique Division?
I had a friend that competed in the division last year and he had mentioned to me that I should give it a try.  I decided early this year that I would diet down and give it shot.

Can you tell us a little about the show in which you just competed?
The last  two shows I competed in was the Grand Rapids State Championships and Jr. Nationals in Chicago.  I came in 1st place and overall winner at the Grand Rapids and 6th place in Chicago against some really tough competition.  I was happy with that placing for my first national show.  It was a great venue and everything was well run.

How did you feel after pre-judging?
After pre-judging in the Grand Rapids I felt great!  I was placed in the middle of my class on stage and had a feeling I was going to be first or second.  I also felt good and Jr. Nationals knowing I was in the second call outs.

How did you feel about the final results of the show?
After the Grand Rapids I was ecstatic!  I was able to walk away with an overall win and a photo shoot to go along with it.  At the Jr. Nationals I was pleased with the results know it was my first national show and I was up against the best of the best.

What are your thoughts on the Men's Physique Division and what it may be able to do for your career?
I personally love competing in the division.  It has opened a lot of doors for me in the fitness industry.  It’s a great division for those who want the “beach body” look.  I am hoping to get my pro card in the division and hopefully pick up a few sponsors. 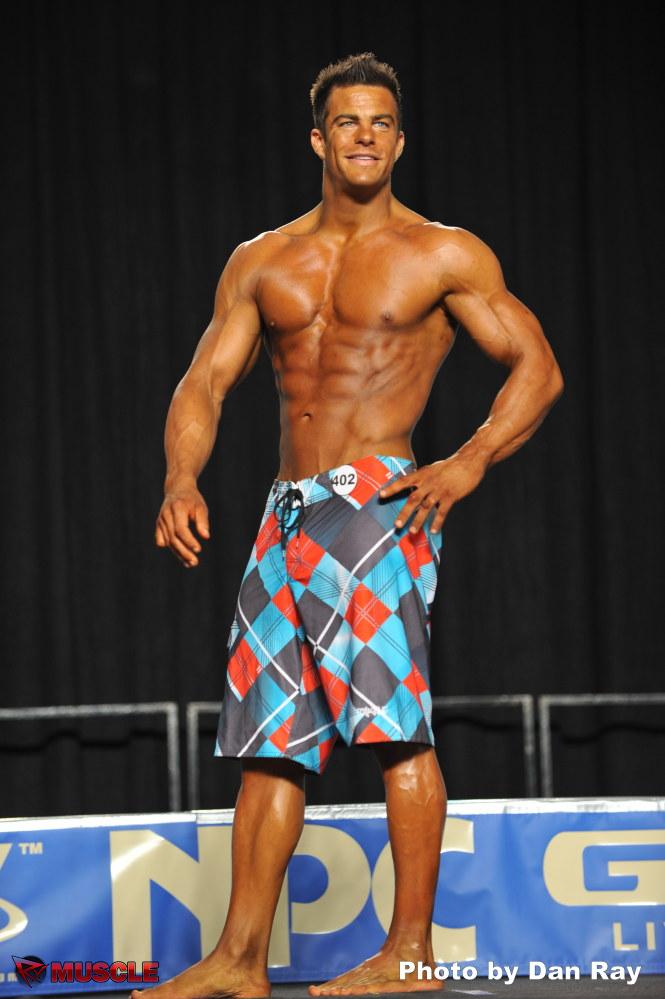 Favorite type of training:
I love doing super sets to keep the heart rate up.

Right now I am in show prep so I am eating low carbs and high protein.  I am currently taking in about  2000 calories a day.  I mix my food up between Egg whites, Oats, Tilapia, Broccoli, Asparagus, Turkey, Chicken, sweet potatoes, and whey protein.

What peaked your interest in training?
During my high-school years I was always the small guy.  When I graduated I decided I wanted to start lifting weights and put on some size.  After I started seeing results I kept with it to see where I could bring my body.

Who influences/influenced your training?
At first I wanted to do it for myself to get into better shape.  Over the years I have worked with many great trainers and coaches.  When I first got into doing shows in 2007 I learned a lot from an excellent trainer Mike Vruggink.  I am still in contact with him today.  I also work with a friend Chad Krusniak who helps me with my diet.  Another big influence has been a good friend and coach Zach Butler.  I ended up joining Team Butler and they have helped me bring my body to the next level.

Special interests:
College football!!  During the fall I am glued to the TV on Saturdays watching football.  During the summer months I do enjoy working in my yard to improve the look every year. 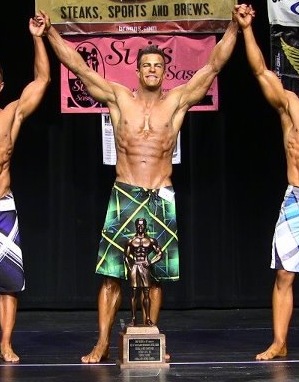 What keeps you on track towards reaching your goals?
Everyday when I wake up and see my progress in the mirror it gives me the extra motivation to be better than the rest.  I look at the big picture and I am hoping to have my IFBB pro card in the very near future.  I would like to step on stage with all the pros and compete.

Interesting fact or something you would like our readers to know about you:
If you know me you know, I am not the best golfer in the world but I was fortunate enough to have sank a hole-in-one two years ago.

Shout-outs:
I would like to give a few special shout outs to some people who have helped me along the way:
Thank you to my beautiful wife Amy who has been there everything step of the way and has helped me prepare for every show.  Thank you to my dad and step mom who have showed up to support me at every show no matter what was going on that day.  Thank you to Chad Krusniak for helping me get my diet on point!  Thank you to Zach and Christina Butler and the entire Team Butler for their support and guidance throughout the season.  I would also like to thank Jeff Sygo for taking the time to do some amazing photo shoots with me!!