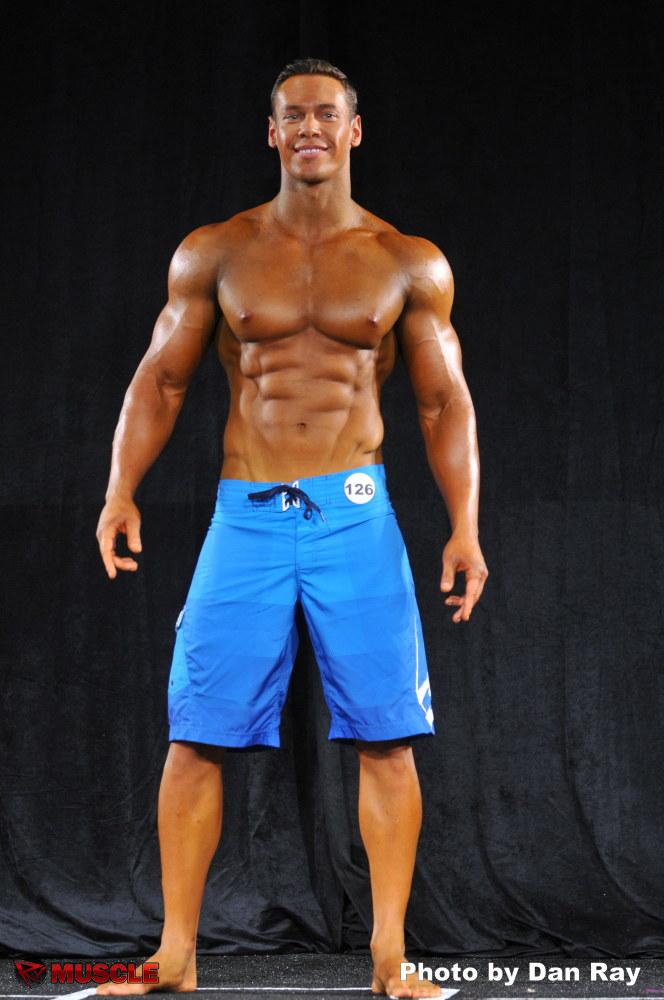 us today is the Overall MP Champ at the North Americans and new IFBB MP Pro Anton Antipov.  Congrats on the big win!  What made you decide to compete in the Men’s Physique Division?
I wanted to compete for a while, but I was always too slim for bodybuilding. Last year I heard about a new division called Men’s Physique, I saw it as a stepping stone towards bodybuilding, but there is so much room to grow in this division that I decided to stay in it and evolve and grow along with the division itself. On New Year’s I made 12 resolutions, one for each month of this year. One of those resolutions was to step on stage and compete in a Men’s physique show. I did that (at Steve Stone Metropolitan Championships 2012 where I got 4th place), but after stepping off stage I was hooked and wanted to go further with the idea, so I made it a goal of mine to see if I can improve and get 1st place. I started signing up for every show I could and the rest is history.

Can you tell us a little about the show in which you just competed?
The most recent competition I was in was North American Championships 2012. It wasn’t a small show by any means, but I happened to be in a smaller class of guys than I usually end up in. Every national show is quality contestants, including this one, there’s a reason you must qualify for a national show, you compete against the cream of the crop of the NPC Physique guys before heading into the pro ranks. Show ran smoothly, many thanks to Gary Udit and his team for making the show run the way it did, it was a pleasure being a part of it. Got to meet a lot of great athletes, coaches, judges and people who keep making these shows an experience to remember.

How did you feel after pre-judging?
At pre-judging I ended up being in first callout which I was very happy about, the line-up was tough and anybody could have taken that show. I felt really good after pre-judging and was surprised to already have guys come up to me and congratulating me, like I’ve won. Getting my hopes up in some of my previous shows only to be disappointed with my placing after, I shut everything out and tried not to think about it. I told myself I’ll be happy with whatever happens. Before finals people kept coming up to me asking me how I feel and how I did at pre-judging - I didn’t say much, changed the subject and didn’t really talk much about it. I turned my phone off and simply stayed in the zone, even though I knew I had a good chance based on how pre-judging went, I didn’t read too much into it. My buddy Ani Saliasi was in the same callout,  he has actually been competing for a while – in both bodybuilding and men’s physique, I remember asking him advice before I started and since the beginning he was one of the few people who told me I’ll do really well in this division, so it felt great being called out with someone who I look up to.

How did you feel about the final results of the show?
I felt completely overwhelmed, not only taking 1st in my class, but taking the overall title as well. I remember doing the interview with Dave Palumbo right after winning and my head was in the clouds, I didn’t know where I was or what just happened. The top 5 in my class was a great group of guys and they all deserve to be there, I just happened to have hit the lotto. Wish all those guys best in their future contests!

What are your thoughts on the Men's Physique Division and what it may be able to do for your career?
I love the division, truly. It gives guys like myself a chance to be able to grace the stage and compete. It’s so new and it’s rapidly growing, it’s an extended branch of bodybuilding and I am glad to be part of it. So many opportunities could come from Men’s Physique division, because it’s such a marketable look, it promotes a healthy lifestyle with a look that an average person can achieve. 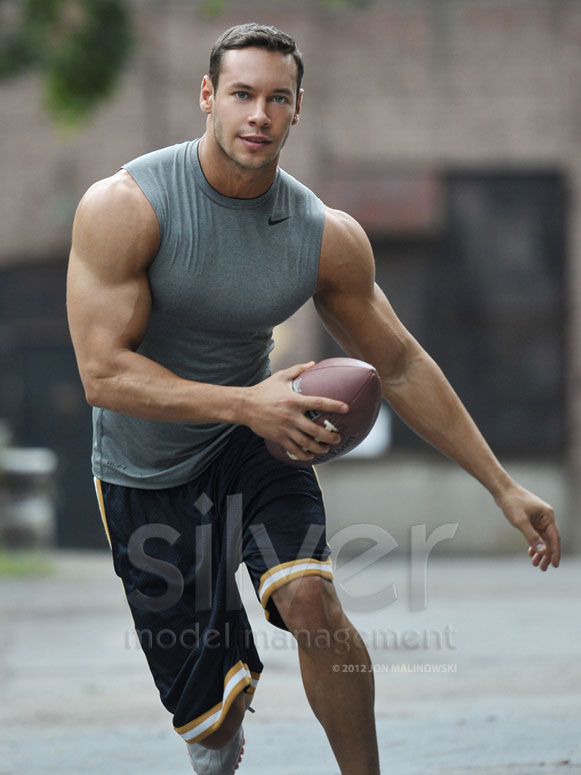 Typical workout duration: About an hour.

Typical daily eating plan: My diet is always high protein and moderate amount of carbs, I only change it up a week or two before the show when I drop the carbs and cut water few days prior. 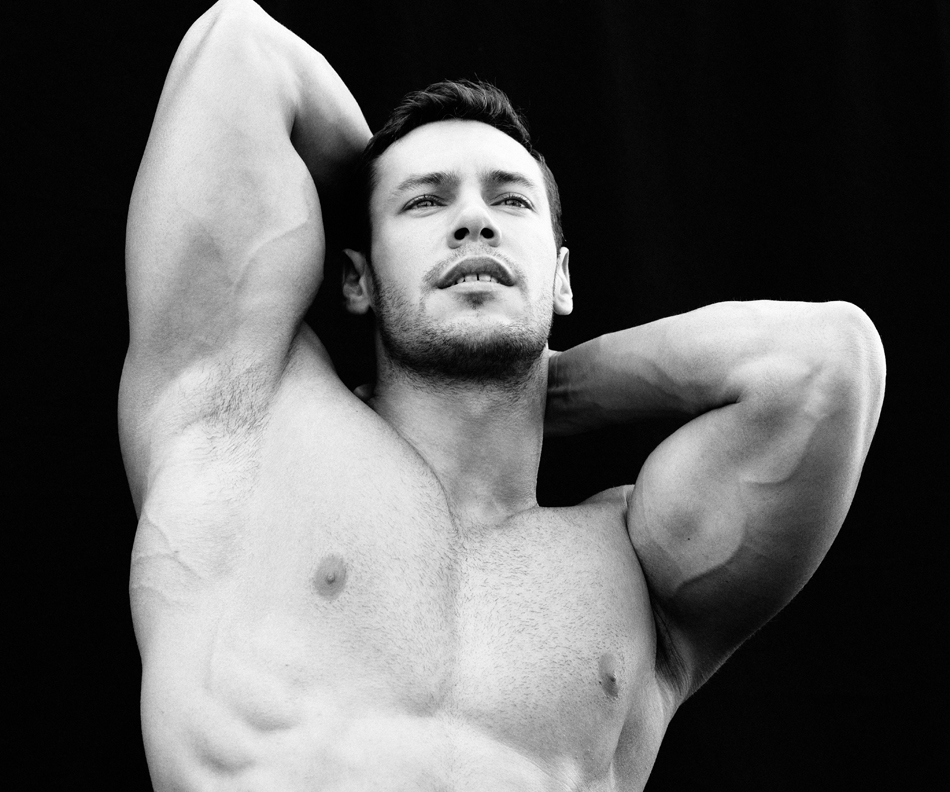 What peaked your interest in training?
I’ve always been athletic, played sports (hockey, beach volleyball, track, snowboarding), I wanted to get more involved in weight training because I wanted to grow. I was always lean and slim when I was younger, once I joined a gym, I started growing and haven’t looked back since, still play sports for fun.

Who influences/influenced your training?
My dad influenced me a lot when I was younger, he was a gymnast. These days, I just look at the progress I’ve made over the years on my own and it keeps me going, if I’ve gotten this far, I can take it even further.

Sports:
I played hockey, soccer and ran track in Belarus, then when I came here played roller hockey for years, until I decided I took enough beating on concrete (I did mention I was always a scrawny kid right? Haha) and started playing beach volleyball. Played that for a few years, entered couple of tournaments on Coney Island, then when I started growing in the gym I put all my attention into weight lifting.

Special interests:
I used to draw and do graphic design for a while, have made some shirts under a pseudonym “maiseu” which I wear to competitions, you can find them at www.skreened.com/maiseu 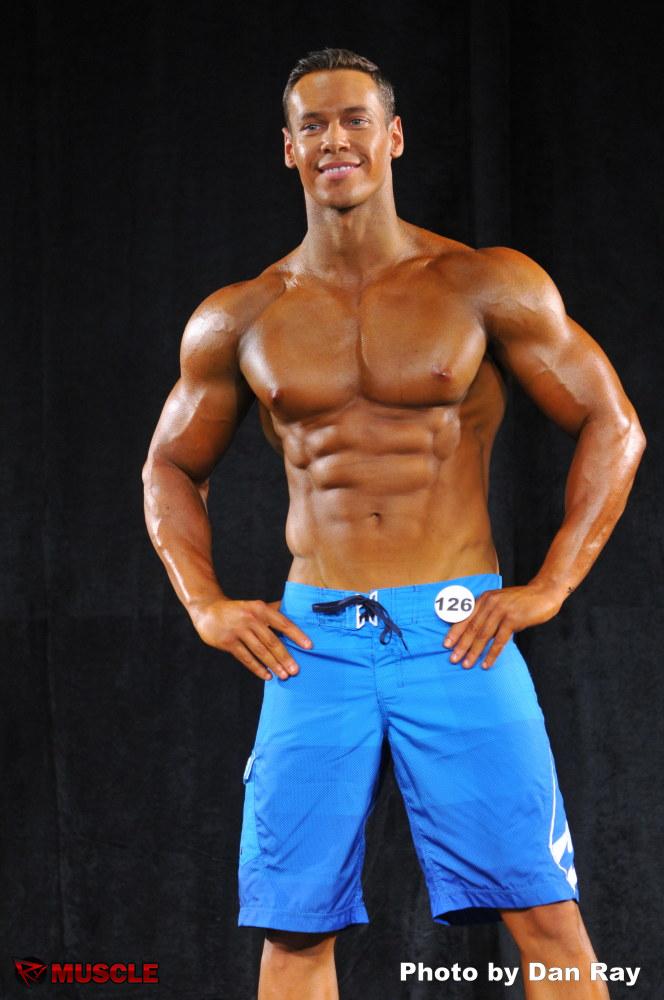 I’m on the fence right now. Depending how I feel in the next few weeks, I may do Houston Pro, which is the last Men’s Physique Pro show this year, or I may take time off and wait for New York Pro next year. The outcome will be determined in the next couple of weeks, my body took a beating this year, I did 8 shows in 6 months.

What keeps you on track towards reaching your goals?
That I can always do better, you have to constantly keep improving!

Interesting fact or something you would like our readers to know about you:
The next sport I want to try my hand at is fencing.