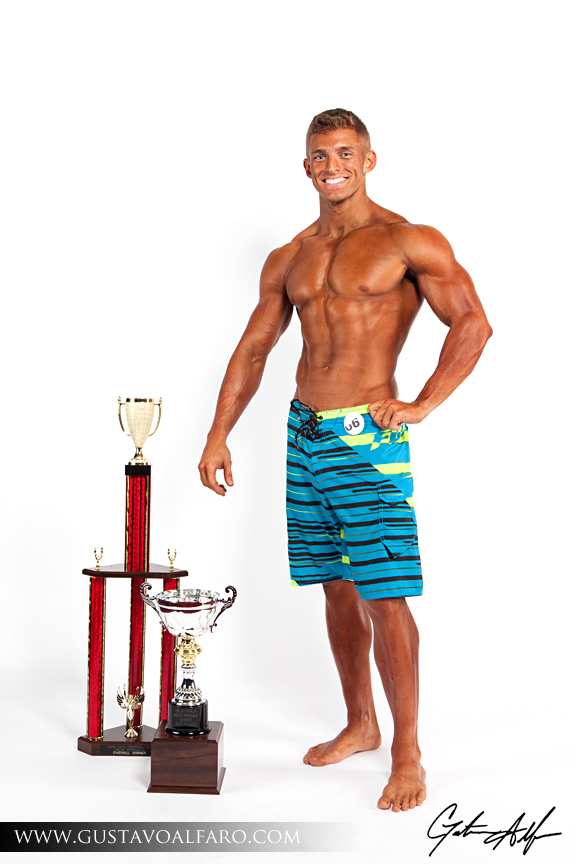 us today is Corey Hammac.  Congrats on your recent Over-all win!  What made you decide to compete in the Men’s Physique Division?
I have been into lifting and sports nutrition since I was a freshman in high school.  Around my senior year, I became a huge fan of bodybuilding and have loved it for the last 10 years.  In 2008 I started training with a coach to start getting ready to compete in bodybuilding, but could never fully commit to it because of being in college, work, and having practice 4 times a week (I was a University of Louisville cheerleader, which is funny because IFBB pro Mike Liberatore cheered there in the early 2000’s as well!).  Once I graduated and was no longer practicing all the time, I needed something to do with my spare time.  Well, I love training, I knew plenty about nutrition and dieting (partially from working at a Major supplement retail chain for years and also my degree in Biology- which I focused on the health field & nutrition), and loved bodybuilding (but couldn’t ever see myself being 260 at 5’9 and enjoying life) so I looked into the Men’s Physique Division.  Plenty of people said I would do well, as I already had the body type that seemed to be winning, and I was used to being on a stage in front of thousands of people; so I gave it a shot and instantly fell in love with it.

Can you tell us a little about the show in which you just competed?
The Last show I did was the NPC Kentucky State Championships in Frankfort, KY on August 4th.  They split the division down the middle with me being the tallest in the short class.  I was actually happy about this because my first show I walked out in the middle, and stayed there.  However there were only 4 guys in my class, so I didn’t have any idea how I was doing after prejudging.  This time, if the judges liked me, I would know it (if they moved me).

How did you feel after pre-judging?
After prejudging I felt awesome.  I was the very first competitor moved and it was to dead center.  It was an amazing feeling to be honest!  I also had people coming up to me in the crowd telling me how awesome I did.  If that doesn’t make you fall in love with competing, nothing will!

How did you feel about the final results of the show?
I ended up not only winning my class, but also winning the overall title.  The division was stacked with guys in great condition too, so this made the win that much bigger to me.

What are your thoughts on the Men's Physique Division and what it may be able to do for your career?
I think that the MPD has finally started to find its way to a solid division.  I have heard plenty of horror stories about judges telling guys to wear make-up, highlight their hair, and other things that have nothing to actually do with their physique.  I get that there is a “look” we are going for, but that’s something that would turn me away from the division.  Now it seems like you can get a better idea in what to show up on stage with to succeed.  As far as my career, I’m hoping this division can help me get into more modeling jobs (physique, athletic, fitness), help my online training business take off (gohamm.com), and allow me to compete in the IFBB.  If/when the MPD ends up on the Olympia stage, I want to be up there! 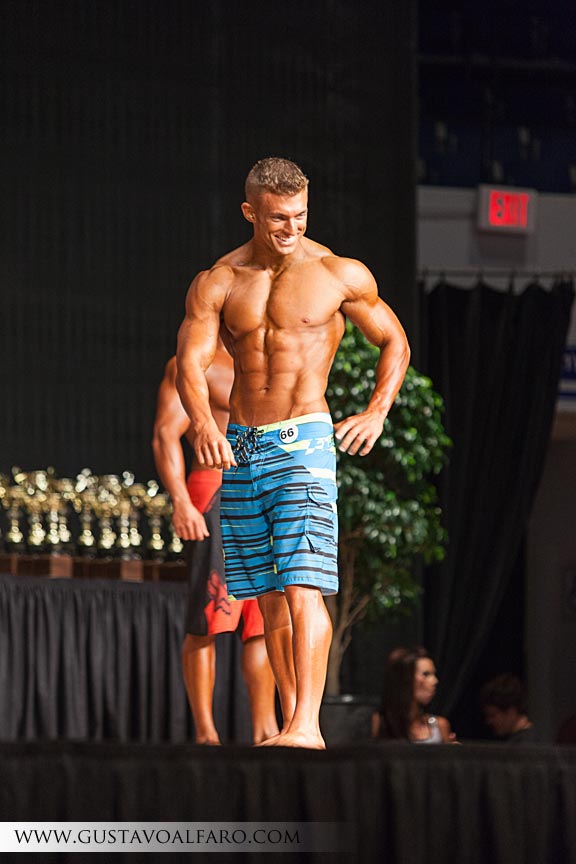 Education: Biology Degree from The University of Louisville

What peaked your interest in training?
Started out for sports, and then decided to switch over to strength and body composition just to feel good about myself.

Who influences/influenced your training?
Phil Heath, Lee Haney, Frank Zane (exactly the physique I’m trying to obtain), and of course Arnold.  My Fiancé is a huge influence as well. 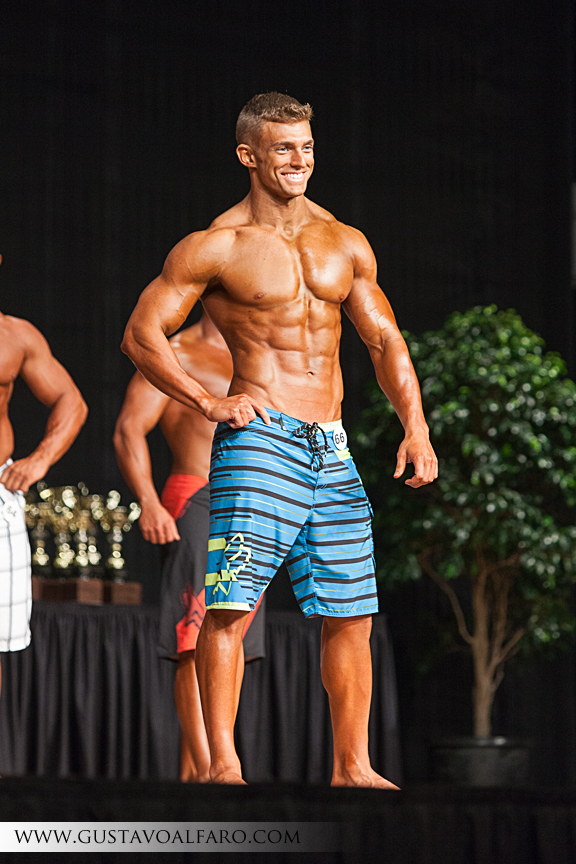 Almost all of them other than wrestling.  Now I love college football (Go Gators) and college basketball (Go Cards).

Special interests:
I love the health field, plan on being a CRNA when all is said and done.  I love reading clinical studies, in fact I co-wrote one which is published on pubmed! I really don’t have much time to do anything other than write plans for clients, work, train, and spend time with my fiancé.  Oh and I am a massive fat kid on the inside.

Next planned competition:
2012 KY Muscle on November 3rd and then (if I can save up enough) the 2012 NPC Nationals

What keeps you on track towards reaching your goals?
If I win my pro card soon, I will compete in as many IFBB shows as possible and any financial gain will be put toward our wedding next year.

Interesting fact or something you would like our readers to know about you:
Massive Harry Potter nerd.