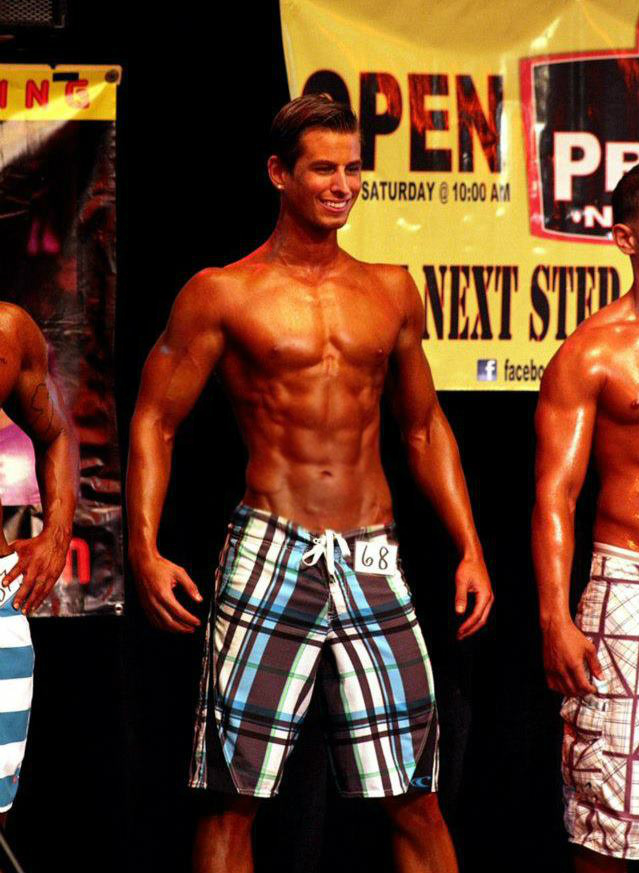 us today is College Student Anthony Barillo.  Congrats on a great showing!  What made you decide to compete in the Men’s Physique Division?
Ever since the day I started lifting I became fascinated by the bodybuilding world. I decided to enter my first competition in May 2011. I did the NGA Natural Philadelphia show. I didn’t have a trainer at the time but I researched and viewed forums daily trying to seek advice. I came into the show not completely prepared, and I just wasn’t muscular enough for the bodybuilding world. I didn’t end up placing at that show, but that is where I met my current trainer, who inspired me to try out a physique show. Physique seemed like more of an attainable goal for me because I knew I still have a lot of time ahead of me until my body grows to its fullest.

Can you tell us a little about the show in which you just competed?
I competed in the NPC Philadelphia Championships. It was held on June 23rd 2012 in Swarthmore, PA. I trained twice a day (lifting in the AM, Cardio PM) And had the opportunity to train with one of the nicest/inspiring trainers I’ve ever met, Josh Tolin. He started me on a 20 week diet, in which I started seeing results within the first week. I loved seeing my body transform week by week, and especially loved the dramatic transformation during the last few days. I also had the opportunity to live with one of my best friends who is also a bikini competitor. It was awesome to be able to spend so much time doing contest prep with such a close friend, and we definitely motivated each other to an amazing extent.

How did you feel after pre-judging?
After pre-judging I was probably one of the happiest guys on the planet. I came running upstairs to my trainer to inform him that I got called to the center for a majority of pre-judging. We were both ecstatic and couldn’t wait to see the results. I also found my family in the audience and they were all so proud of me. It felt so amazing that I could make my family so proud of me because they traveled almost 3 hours to come and see me compete.

How did you feel about the final results of the show?
During finals I pictured in my head the videos I watched of IFBB pro Matt Christianer. Watching him on stage inspires me to just be calm, confident, and sure of myself. I went on stage and made sure the judges could see that I was confident in the hard work that I put into my body for the past 20 weeks. Once they started calling out the results, I almost started to cry when I heard my name called out for second. I was never that excited/proud of myself in my entire life, and it made all of the preparation worth it.

What are your thoughts on the Men's Physique Division and what it may be able to do for your career?
I personally love the men’s physique division because it’s a great opportunity for all-natural guys to compete and succeed on the NPC stage. I never thought in my wildest dreams that I could become a nationally qualified NPC competitor until the Men’s Physique division was introduced. This competition has opened the doors to so many opportunities in my life. Between modeling, contest prep, and being a full-time college student, I’m definitely keeping myself busy. In the future I would love to become an IFBB pro, and to show that even full time students and workers can achieve this goal with proper time management skills and the desire to succeed. 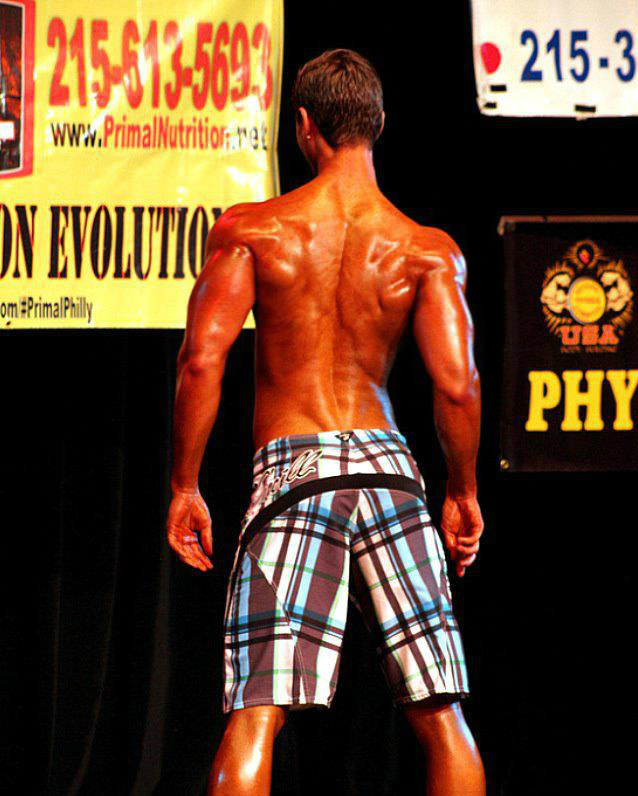 Favorite body part to train: Legs (I know, they get covered up in Physique haha)

Rep range: Depends on the week. One week might be anywhere between 1-6 reps and another week I might go until failure.

Number of sets: Anywhere between 3 to 7 sets 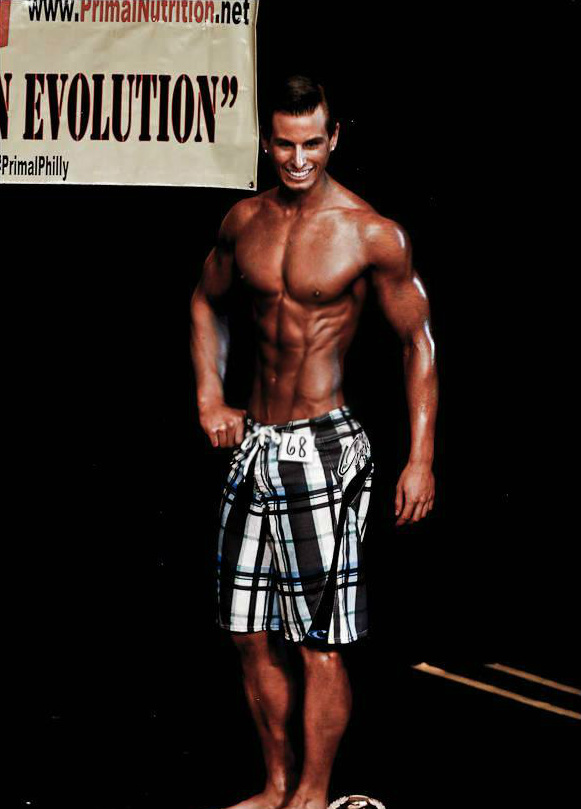 peaked your interest in training?

Seeing the results after every workout. I also became fascinated in the fitness world and have learned so much through forums, websites, and magazines.


Who influences/influenced your training?
My trainer, and every single competitor in the world because we all put so much into this sport and we all deserve to be recognized, no matter the outcome of the show.

Special interests: Anything related to either fitness or politics. Usually the best of both worlds is when I get to watch CNN on the treadmill.


What keeps you on track towards reaching your goals?
The support of all of my friends, family, and especially my training team. We all work so hard with each other every day; which makes it amazing to see each other’s hard work on stage at competitions.


Interesting fact or something you would like our readers to know about you:
I was overweight as a child, and I want to inspire others that were in my situation that it is completely possible to transform your body with hard work and dedication.