Meet the Man in The Shorts: Jason Hawley

Meet the Man in The Shorts: Jason Hawley 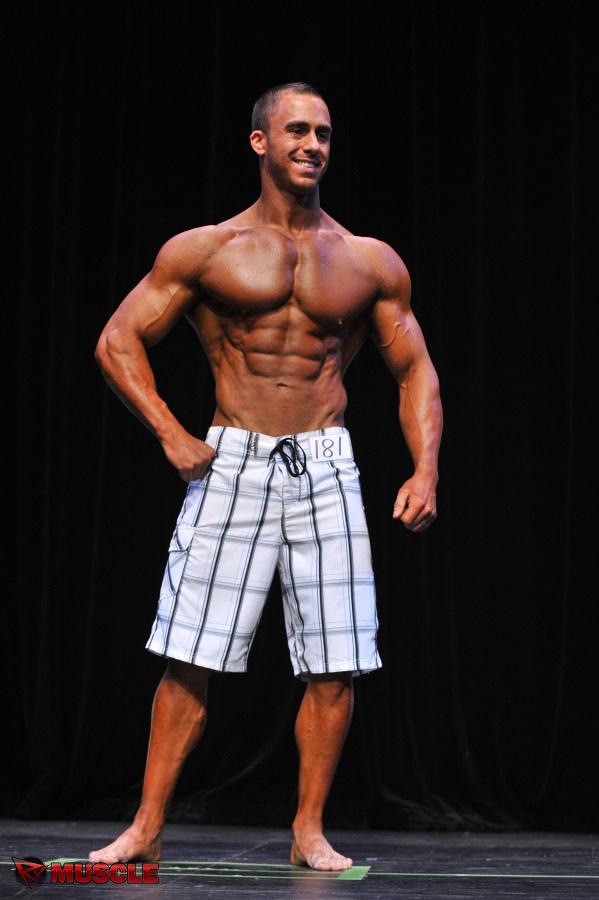 32-year-old Jason Hawley, originally of Hebron, Connecticut, currently resides in South Windsor, Connecticut. He has been training for 16 years and has a bachelor’s degree in Communication with a double minor in Sociology and Criminology. He is a full-time firefighter in Hartford and on his days off he serves as a police officer in Burlington.

Thank you! Prior to 2013 I competed as a light heavyweight bodybuilder. As Men’s Physique began to grow my curiosity in the division did as well. I started to reassess my goals in the fitness industry and considered my personal life (my career) and I really asked myself if I wanted to continue as a bodybuilder. Being 5’ 10” I would need to be a heavyweight to compete on a national level and it wasn’t something I saw as an aspiration as I kept my career and personal life in mind. I started to explore Men’s Physique and it reignited an old fire in me so I decided to give it a go and I can’t seem to get enough now.

I most recently competed in the 2013 Eastern USA’s in NYC. I was in Class C with approximately 24 competitors. It was by far the largest show (over 450 competitors) I have been a part of. Many of the competitors used this show as a warm up for Nationals so we saw some of the best amateur athletes on stage there.

I wasn’t sure how to feel after pre-judging. I was in the first call out and was immediately moved to the middle. I’ve competed long enough to know that being moved to the center can be a good thing, but it also has proven not to mean anything. I was in shock that I was in even in the first call out in such a high caliber show. My wife had to snap me out of it a few times after pre judging because I was in such disbelief.

We went out to eat after pre-judging and I caught myself just stopping for moments staring at my food. I didn’t allow myself to get too excited until the finals and the awards were given out.

I couldn’t have been happier with the final results. I ended up winning my class and that completely blew my mind. This was my 15th show (including bodybuilding) but it was my first ever 1st place finish. It meant so much to me being such a competitive show. And also the fact that I did my own prep made it even more special. I didn’t end up winning the overall but I was completely okay with that and was just happy to stand up there and share that experience with such great competitors. Many of these competitors that I beat went on to compete at National’s the following weekend so it really brought my confidence to a level that it’s never been at.

At the first announcement of this division I have to say I was not a believer. I thought it was an easy way out for guys to skip out on legs or to not train as hard. I couldn’t have been more wrong. I trained and dieted EXACTLY the same as I did when I was a bodybuilder. I feel I looked better for my last show than I ever did as a bodybuilder. My condition was better and my size was not far off. I can’t say this is my career because I have two jobs that pay my bills, but it certainly is an important part of my life.

A lot of people at my work have seen my healthy lifestyle and I have been able to lead them into a new direction in their lives where they can take care of themselves and ultimately live a healthier life. I just want to be able to motivate and push people to reach their goals and to know that hard work never goes unnoticed. I’m a normal guy who works two jobs and has a beautiful wife at home.

HIIT cardio. Nothing beats it. The feeling I get after is like no other and it works GREAT for burning fat! It can range from really intense intervals on the Stairmaster, tire flips, sprints or anything along those lines. It certainly makes cardio a lot more enjoyable!

I guess that depends on my mood and what kind of day it is. Leg day takes it though. Before I got into competing I admit that I rarely trained my legs. I had to play catch up and during that time I developed a love/hate relationship with leg day. 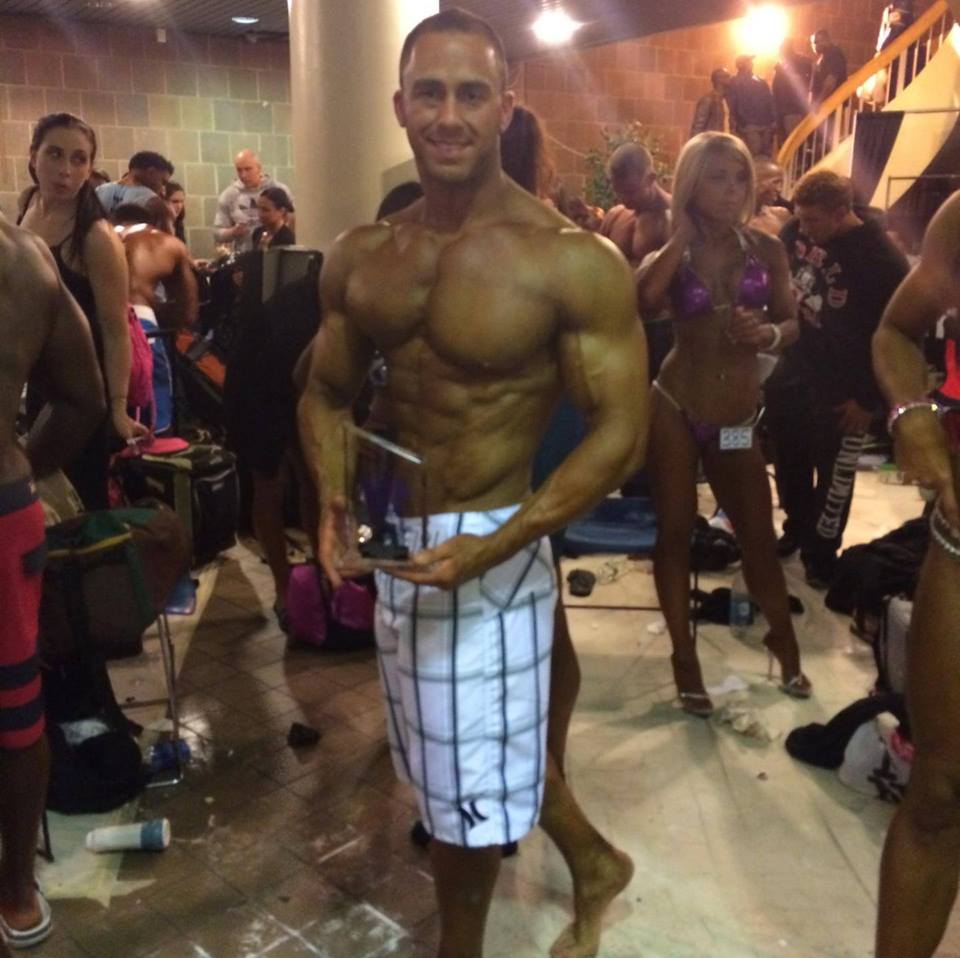 12-20. I’m not a young kid anymore so I pay very close attention to the movements and how the muscle feels while I do an exercise. I personally don’t get a whole lot out of anything below 10-12 reps. I like to go to failure and perform drop sets and supersets.

3-5 but I’m never set on a number. If a movement feels good that day I tend to let it run its course and really take advantage of how great that movement is feeling.

I work 24 hours at the firehouse and have 72 hours off, so I always take my day at the firehouse as my day off and train on my days off from there. So I take every fourth day off. My weekly order of training tends to look like this: arms and abs, chest and calves, shoulders and hamstrings, back, and legs (big movements like squats, presses, etc.).  I’d rather be well rested at work in case a big fire happens. There’s nothing good about carrying around 70 lbs. of gear on your back after you just destroyed your shoulders in the gym.

Sometimes I substitute beef or steak with my chicken. Obviously the amounts of food change as prep progresses, but I’d rather eat more food and increase my intensity during workouts than take away a lot of food.

I have one cheat meal a week during prep which is usually the biggest and cleanest burger(s) I can make or find with as many tater tots as I can eat in one sitting. It can be pretty epic after a good leg day.

I really enjoy everything Gaspari has been putting out lately. I have to say their Aminolast and Glycofuse have been essential during my workouts. They carry me through without any kind of crash or lows. 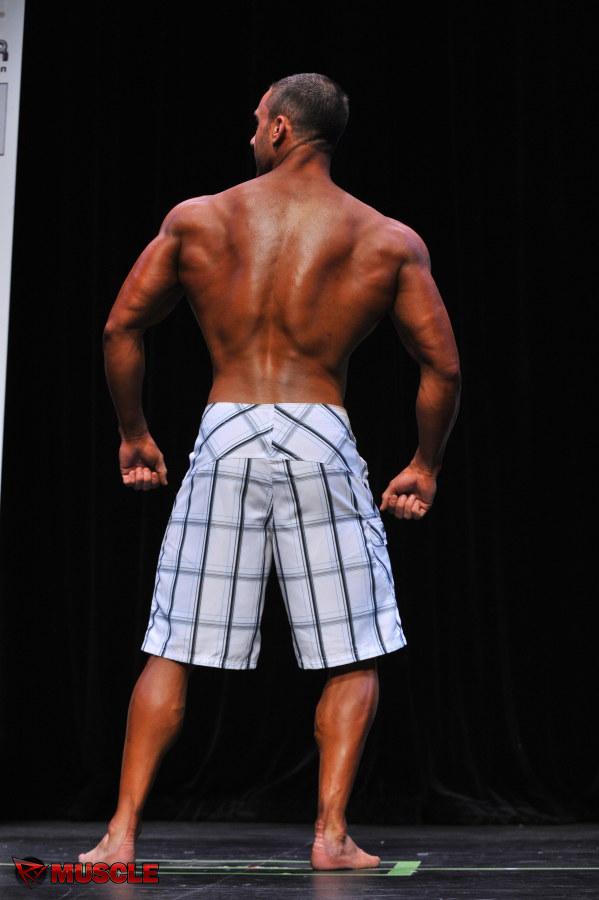 I was an athlete growing up and through college. I always tried to apply training to whichever sport I was playing at the time. As my sporting days came to end I needed something more. I found it easy to skip certain body parts at the gym because I had no purpose and no real direction. A friend introduced bodybuilding to me and I was hooked immediately.

I recently decided to redirect my training to be more athletic and aesthetic rather than try to get as big as possible. I want to be able to perform my duties at work with no issues and be able to play sports with my kids some day.

One of my best friends, Chris Tuttle. He recently became an IFBB Pro as a bodybuilder at Nationals as a Light Heavyweight. He took me under his wing 5-6 years ago and we became great friends. He’s a registered nutritionist/dietician and did my diet and prep for years.

Through the years and the mistakes we learned how my body works and this past year I was able to take all he has taught me and I was able to apply it on my own and completed my own prep. I’ve always admired his mindset and approach to the sport. Every year he challenged me to battle only myself on stage and my previous show’s showing. Once I was able to understand that, it relieved a world of pressure and my physique made drastic changes.

I can’t neglect all that my wife has done for me in this sport as well. I met her when I was 2 weeks out from a show and all we could do was go out on a date at the local dog park with my dog. She saw how dedicated I was and for once, it didn’t scare her. She eventually decided to try competing in bikini and did very well but has since taken a backseat as we try to start a family. She fully supports me with all my shows and has been such a big help.

Working two jobs can be busy but she makes it easier by helping me prep some of my food and she’s backstage with me helping with my tan. I couldn’t have won my last show without her. Not many people have what we have and I couldn’t appreciate it more.

Special interests: I’m an animal lover, husband, homeowner, family member and friend. I couldn’t be more blessed to be where I am at in my life and this sport has taught me so much.

Learning that I’m in competition with no one other than myself. I use to put so much pressure on myself with who will be at the show and how people will look. Once I started measuring my success on a personal level I started to see greater results on stage. You can’t control who shows up or how good they look so why stress and worry about it? I put all my energy in looking and being better than I was the last time out there.

I’m a paid Firefighter and Police Officer. I get the best of both worlds and I wouldn’t have it any other way. I can’t believe they pay me to do these jobs!