The Most Controversial Mr. Olympia - Part 1

The Most Controversial Mr. Olympia - Part 1

The biggest contest in the bodybuilding world was mired in controversy as the 1980's began. After a decade that included Arnold Schwarzenegger's lock on the Mr. Olympia title for six straight years (1970-1975) followed by a single win in 1976 from the Austrian Oak's best friend Franco Columbu, Frank Zane wrapped up the decade by holding back the mass monsters to decisively win bodybuilding's top title three impressive years in a row (1977-1979). 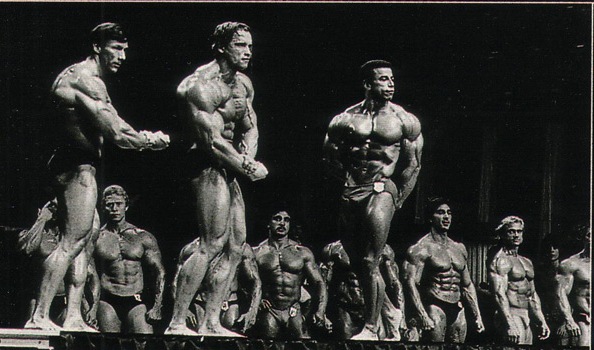 The 1970's was also noteworthy for bringing respect to bodybuilding. After decades of being misunderstand and ridiculed, the SPORT of bodybuilding was now being thrust into the mainstream public with television coverage of the Mr. Universe and the Mr. Olympia on ABC Television's Wide World of Sports, the release of the book and then the movie "Pumping Iron" and Arnold's extensive media blitz promoting his book "Education of a Bodybuilder", the movie "Pumping Iron" and, of course, himself.

In 1980, the Mr. Olympia was moved from its comfortable home of Columbus, Ohio, where it had s

pent the last four years under the promotional direction of Jim Lorimer and Arnold Schwarzenegger, to the Land Down Under. The first Mr. Olympia in the new decade would be contested in the unfamiliar setting of Sydney, Australia. Even more unfamiliar was which bodybuilder would take home the Sandow trophy that year.

Surely, the reigning champion had to be the favorite. As a three time Mr. Olympia, Frank Zane had displayed a physique that was compared to a work of art. With unparalleled symmetry and shape combined with a level of definition and muscularity previously unheard of, Zane had consistently improved each year he won the Mr. Olympia title by slowly adding pounds of muscle in the right places and simultaneously improving his outstanding conditioning. Frank Zane brought muscle definition to a whole new level in his years as the best bodybuilder in the world.

Chris Dickerson was poised to upset the current king of bodybuilding. After placing sixth in his first Mr. Olympia contest the 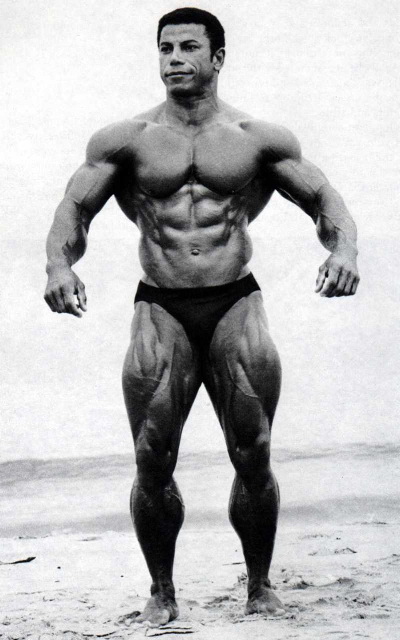 year before, Dickerson had dominated almost every contest he entered during 1980. He began by winning the 1979 Canada Cup only weeks after that year's Mr. Olympia. Dickerson continued his winning ways by placing first at nearly every Grand Prix event leading up the biggest event of the year. With his outstanding shape, posing ability and incredible definition, Chris Dickerson was headed to Sydney with all intentions of coming home as the new Mr. Olympia. 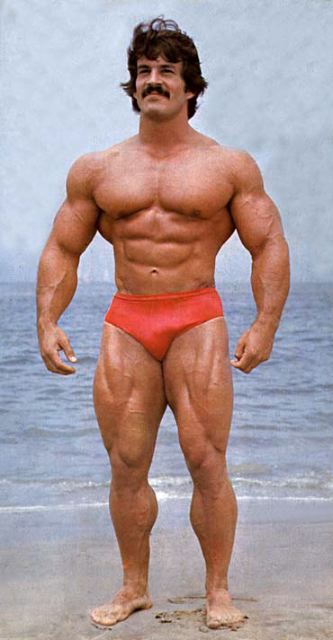 The runner-up at the 1979 Mr. Olympia was the mega-popular Mike Mentzer. Mentzer was one of the most famous and well-liked bodybuilders in the 1970‘s with his ground breaking Heavy Duty training philosophy, which preached high intensity training and radically less volume. The handsome, massive bodybuilder took a very close second to Frank Zane at his very first Mr. Olympia, actually leading the champ after the prejudging but losing the title in the final seconds of the posedown. After a year of brutal, Heavy Duty training, Mentzer was rumored to be a full 10 pounds bigger for the 1980 Mr. Olympia.

The biggest surprise in the competitor's line-up at the 1980 Mr. O was someone no one expected to see onstage. Arnold Schwarzenegger was planning to upset everyone's Mr. Olympia plans by entering the show at the last minute to show this new line-up of professional bodybuilders that he was still the King of Bodybuilding. After five years away from the stage, Arnold had trained seriously for a total of eight weeks. This was in stark contrast to his competition, most of whom had dedicated the last 12 months of their life for this one day onstage.

In his five year absence from the stage, Arnold had lived the life of a celebrity. A frequent guest on the late night talk show circuit, Arnold was now an actor and fitness celebrity instead of a competitive bodybuilder. The author of three best-selling books, Arnold had also appeared in five feature films and one television movie. He was also a very shrewd real estate investor and, in his capacity as promoter of the Mr. Olympia contest, he had raised the prize money from the measly $1000 he received when was winning the contest to over $30,000 in only four short years. The Lorimar-Schwarzenegger Mr. Olympia event played to sold out crowds each year in Columbus, Ohio and was covered with unabashed enthusiasm by ABC's Wide World of Sports.

When Arnold announced his appearance as a competitor in the 1980 Mr. Olympia contest by his presence at the competitors meeting, most of the other bodybuilders thought it was a joke. How can Arnold just enter the contest at the last minute? His slim physique, highlighted by a dark, skintight sweater and faded blue jeans, did not look like the bodybuilder who dominated this event during his reign as the King of Bodybuilding.

Once Ben Weider, the president of the IFBB, got the meeting underway, Arnold's surprise entry had accomplished what he intended. It had rattled the competition and threw everyone off guard. A proponent of psychological warfare, Arnold had frequently used every advantage he could during his competitive career to intimidate and psych out his competition.

The competitors meeting focused on the elimination of the Under 200 Pound Class and the Over 200 Pound Class. All the bodybuilders competing in the 1980 Mr. Olympia felt that there should only be one class featuring all the competitors to eliminate the confusion of two Mr. Olympia winners. All the bodybuilders except one, that is. Arnold wanted the Mr. Olympia to continue to be judged in two separate classes. Obviously, Arnold felt that his greatest competition was going to come from the smaller bodybuilders (Dickerson, Zane, Boyer Coe). He would have a much better chance if he only had to face one of these bodybuilders in the final posedown instead of being judged against all of them.

As Boyer Coe explained his point of view regarding why the Mr. Olympia contest should be judged in one class featuring all the competitors, Arnold rudely interrupted him by cutting him off. Before Boyer could respond, Mike Mentzer reminded Arnold that Boyer had the floor and everyone should hear him speak before other points of view were heard. Arnold shot back that Mentzer should mind his own business and, besides, he said, "Everyone knows you lost the contest last year to Zane because you let your stomach hang out". This was in reference to Mentzer's close defeat during the posedown at the 1979 Olympia because he was relaxing his stomach and didn't stay as tight and as poised as the reigning champ during the final moments of the competition. Infuriated, Mentzer stomped toward Arnold and pointed a finger in his face. It's no secret that the rising superstar and the former King of Bodybuilding didn't like each other. Arnold was offended that Mentzer routinely criticized the way Arnold (and all the top bodybuilders of his time) trained. The Heavy Duty training philosophy of working hard but not long was in direct contrast to the six days a week, double split routine that Schwarzenegger and his training partners used before a competition. When Arnold decided to upset everyone by entering and winning the Mr. Olympia unannounced, he would hang up signs in the gym declaring "Mentzer is Coming" in order to psych himself up to train harder. By verbally attacking Mentzer in front of all the other competitors and judges, Arnold had declared war before the contest even got underway. Mentzer responded by losing his cool and nearly punching out the Austrian Oak. As a competitor who would go to extreme measures to win a contest (Mentzer was known to survive on as little as 500 calories a day and take amphetamines to achieve contest condition), Mike Mentzer was feeling the pressure of the world on his massive shoulders as the contest began. As the runner-up in last year's Mr. Olympia, Mentzer HAD to win this year. It was a matter of life and death.

Before the tense situation got worse, Ben Weider stepped in and restored calm. At the end of the meeting, Arnold made the decision to suddenly change his mind and go along with the rest of the competitors by approving one class instead of splitting the contest into two separate divisions. This conclusded the most exciting competitor's meeting in Mr. Olympia history. Now it was time for the real contest to begin!

Stay tuned next month for Part 2! 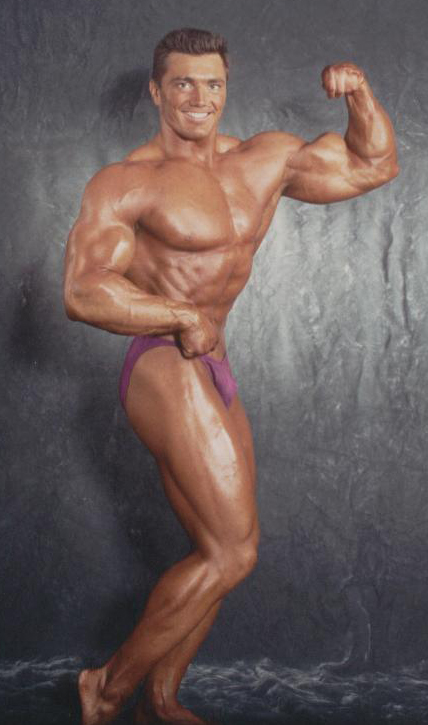