To Burn or Not to Burn: That is the Question

To Burn or Not to Burn: That is the Question

We’ve all heard the phrase, “no pain, no gain”.  Many of us try to go for the burn when we workout.  Those who have been trying to reduce body fat in a specific place on their body have thought they were being more effective when they felt the burn during the exercise.  And - years ago - Joe Weider espoused something called “The Weider Principles”.  They included such techniques as “super sets”, “break-down sets”, and “forced reps” - all of which are based on “the burn” (i.e. fatigue).  But is the burn productive, and - if so - for which goal?  Is the burn an indicator of “effective exercise”?  Let’s take a closer look.

What IS the Burn?

Generally, the burn refers to that sensation of intense fatigue, in a localized area - a muscle - when we are working it with a high degree of intensity (i.e. high reps).  It’s usually accompanied by facial distortions, profuse sweating, and a lot of grunts and moans.  Most people would agree that it’s not a particularly pleasant sensation, although it might give the recipient a sense of reassurance that the exercise is accomplishing what it’s intended to do.  Usually, what we “intend the exercise to do” is to build a particular muscle, or reduce the fat in a particular place.

Interesting - isn’t it ?  The idea that each of us - individually - interprets the “burn” in a way that is convenient for us and our goals, even if our goal is the exact opposite of someone else, who is also reassured by feeling the burn.  The guy who is pumping rep after rep of biceps curls, and wants bigger arms - and the woman who is hammering out rep after rep of lunges, and wants to make her thighs thinner - both are reassured that they are “on track” by feeling the burn.  Are they both right?  Hardly. 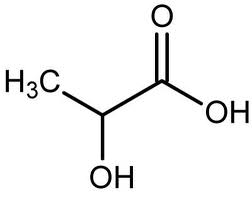 start by realizing that “the burn” is lactic acid 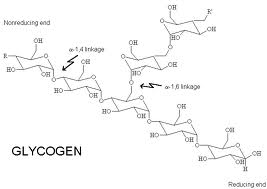 (diagram to left).  It’s produced when muscle glycogen (diagram to the right) (i.e. stored carbohydrate) is spent, thereby producing a form of waste - like the emissions of an auto, after it burns gasoline.  So the first thing to acknowledge is that the burning sensation is occurring in the muscle - not in the fat.  Plus, you may have already read another one of my articles (“Waist Not”), in which I say that “spot reduction” is fiction - like vaporized transport in Star Trek - cool if it could happen, but it can’t.  So let’s quickly rule out the idea that that burning sensation is evidence you’re melting body fat off your legs or butt.  That is NOT what’s happening when you feel the burn.

Yet - it is safe to say that that is the most common belief among the majority of people who exercise.  Walk into any gym, and you’ll find people working their abs, believing the burn they’re feeling while doing their crunches, is “toning” their midsections.  “Toning” is a word used to imply the loss of fat and a simultaneous development of muscle - and it’s completely misguided.  While abdominal exercise does develop the rectus abdominus (the “six pack”), it does NOT preferentially reduce the fat that covers the abdominal muscles.  Yet we often see sweaty, red-faced, overweight people doing hundreds of reps of abs, or high reps of side bends, every day, in hopes of mythical spot-reduction.

tend to be a bit more idealistic the men, in terms of wanting to lose fat in some specific areas of their body, while keeping it in other places, but this is largely due to two factors: men are generally more concerned about building muscle than about losing fat, and women tend to have a more uneven distribution of fat on their bodies.  This is why we see women spending lots of time doing high reps on the Inner & Outer Thigh machine, on the Glute machines, and when doing Triceps exercise - always believing that the burning sensation they’re feeling while doing those exercises, signify localized fat loss.  Again - that is not what that burning sensation is truly signifying.

So then what IS that burning sensation good for?  Well, it certainly is signifying calorie expenditure.  Burning calories will generally lead to body fat loss (assuming one isn’t consuming too many calories), but the body fat loss will come from the body as a whole - not necessarily from the area that is working.  For example, when one is pedaling a bicycle, the body would be pulling calories from fatty deposits on the whole body, including the arms and face, even though only the legs are doing the pedaling (and the burning).

In addition to causing over-all body fat loss, the muscles that experience the burning are being sent a very important message for adaptation.  In order to survive the fatigue a muscle feels (now and in the future), it will:

The first one (above) prevents one from experiencing low blood sugar, and further assists in over-all body fat loss.  The second one improves the muscle’s endurance (the ability to sustain fatigue).  And the third one contributes to muscle growth (in addition to ensuring future ability to survive fatigue).

For those whose goal it is to make their muscles bigger - the burn is critical.  Without the burn of high-intensity, high-rep training (including drop sets, slow reps, and other fatigue-oriented methods), one’s muscles would only have myofibril development. 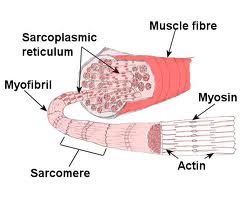 myofibril is the actual muscle fiber, and bunches of them are contained within a sheath called a sarcolemma.  Inside the sarcolemma, surrounding the myofibrils, is the sarcoplasm - the nutrients required by the muscle fiber in times of fatigue.  If the muscle is asked to lift something heavy, for only a few reps, the sarcoplasm is not called upon.  But when the reps go beyond the few - generally beyond 15 - and the fatigue grows to a fever pitch in the muscle, the sarcoplasm gets taxed, and thus stimulated to store more fuel for the future (after recovery, of course).

So going for the burn is good, if your goal is to burn calories (leading to overall body fat loss), increase muscle endurance, and increase muscle size.  It will not result in localized fat loss, but it has plenty of other benefits to justify its use.